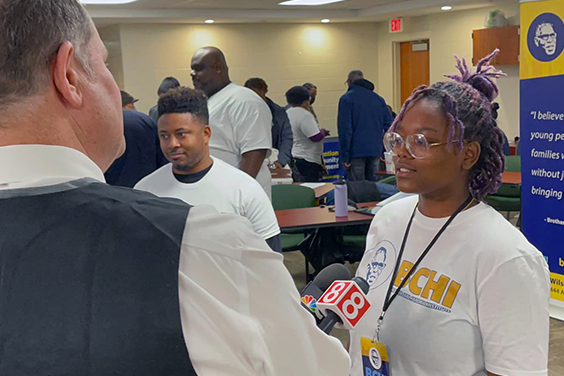 In December at the Wilson Gray YMCA, 37 individuals from Hartford, Bridgeport and New Haven participated in the inaugural training session of the Brother Carl Hardrick Institute for Violence Prevention. A partnership between the Hartford Foundation for Public Giving, the Jewish Federation of Greater Hartford and the Community Safety Coalition. This training session was guided by a Board of Advisors alongside other community partners and stakeholders. The Brother Carl Hardrick Institute for Violence Prevention focuses on evidence-based strategies for the prevention of gun and community violence that expands the number of violence intervention specialists and youth development, practitioners.

The inaugural training was designed specifically to identify and strengthen the skill set, knowledge base and network for those working as professionals in the field of violence intervention (VPPs) and featured speakers with both local and national profiles. The subjects discussed ranged from recognizing the signs of trauma in victims and their families to the importance of self-care for VPPs themselves.